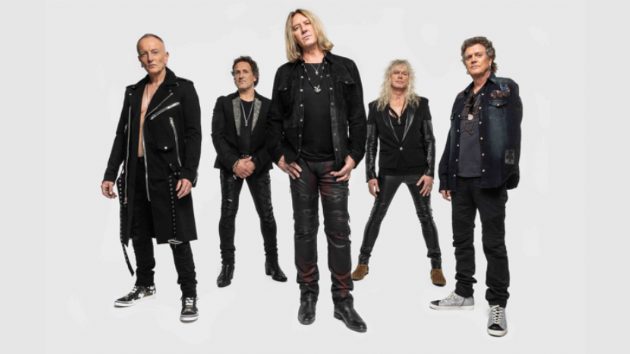 Def Leppard’s previous Vegas residency took place in 2013, and featured the band performing their entire 12-times-platinum 1987 album, Hysteria, while the new engagement will see the group focusing on the hits.

Guitarist Phil Collen tells ABC Radio that Def Leppard really enjoyed the Hysteria shows, and had wanted the new Vegas stand to also feature a full-album theme, but it wasn’t in the cards this time.

“We really wanted to do [1983’s] Pyromania Gallery not found. Please check your settings., but the promoters and whoever was doing it said, ‘We want a greatest-hits set,'” Collen explains. “So, fine…we’ll do that another time.”

Following the Vegas residency, Def Leppard has one more U.S. show on its schedule: an October 12 headlining appearance at the Exit 111 festival in Manchester, Tennessee, which also will feature ZZ Top and Cheap Trick, among others.

Meanwhile, Collen tells ABC Radio that he’s working on his debut solo album. He says he’s been recording some “quite diverse stuff” for the project, including a track with respected jazz pianist Scott Wilkie.

“He just blows me away,” Collen says. “It’s like scary just watching him.”

In addition, Phil reveals that the album likely will include a new song by his alt-rock side project Manraze, which also features Sex Pistols drummer Paul Cook. There’s no release date for the album yet.

Here are all of Def Leppard’s upcoming shows: