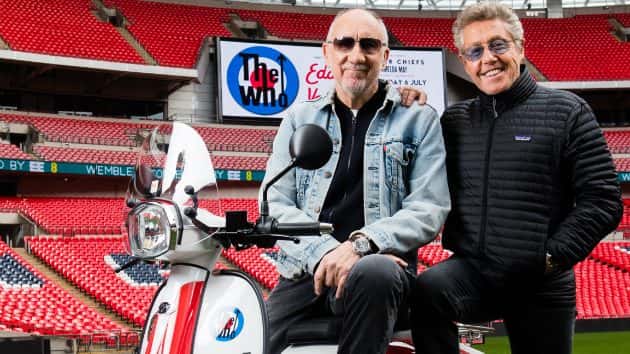 Credit: Samir HusseinIt looks like The Who are preparing to announce official details about their upcoming studio album. A new post on the rock legends’ official website and social media pages promises that “exciting news [is] coming soon,” and offers a link where fans can “sign up to be the first to hear.”

The post also features a brief video that shows an animated montage of all of The Who’s studio album covers, as well as a new image of a question mark that might be the cover of the forthcoming album. The clip is set to some instrumental music we can only assume is from one of the group’s new tunes.

The “question mark” graphic also is appearing at the top of TheWho.com in multiple color schemes.

At The Who’s September 1 show at New York’s Madison Square Garden, which launched the group’s current North American tour leg, Pete Townshend announced that the new album will be released around the middle of November and will include 11 or 12 songs.

At its recent concerts, the band has been playing two songs from the forthcoming record, one called “Hero Ground Zero” and one that either will be called “Ball and Chain” or “Big Cigars.”

The Who’s North American trek continues this Friday at Boston’s Fenway Park, and is mapped out through an October 24 show at the Hollywood Bowl in Los Angeles.