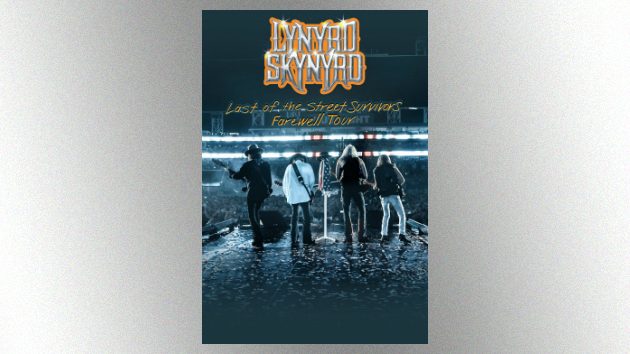 Courtesy of Fathom EventsLast September, Lynyrd Skynyrd played a special hometown concert in front of 50,000 fans at TIAA Bank Field in Jacksonville, Florida, as part of the Southern rock legend’s ongoing Last of the Street Survivors Farewell Tour. The show was documented for a new film that will be shown as a one-night-only event at select cinemas across the country.

Tickets for the screenings of Lynyrd Skynyrd: Last of the Street Survivors Farewell Tour will go on sale Friday, October 4, at FathomEvents.com and participating theater box offices.

“We can’t wait to share this amazing night and performance with the Skynyrd Nation, especially those that weren’t able to be there that evening,” says founding Skynyrd guitarist Gary Rossington. “The energy, passion and reaction to the music and band was something we will never forget.”

The film also will feature a behind-the-scenes interview with members of the band discussing their final trek, which launched in May of 2018.

Among the many classic songs Skynyrd played at the Jacksonville concert were “What’s Your Name,” “That Smell,” “Saturday Night Special,” “Tuesday’s Gone,” “Simple Man,” “Gimme Three Steps” and, of course, the band’s signature tunes “Sweet Home Alabama” and “Free Bird.”

Lynyrd Skynyrd’s farewell trek is currently mapped out through an October 19 show in Wheatland, California. Here are the group’s confirmed upcoming concerts: