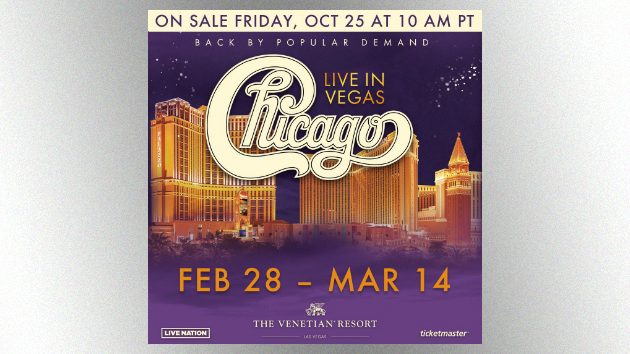 Courtesy of Live Nation EntertainmentThat band from the Windy City will be returning to Sin City next year. Chicago has announced plans for a new eight-show Las Vegas residency at The Venetian Theatre, running from February 28 through March 14.

Besides the residency shows, Chicago has three U.S. concerts on its 2019 tour itinerary, all taking place this week. The band also has lined up a handful of early-spring shows scheduled after the Vegas stand.

Here are all of Chicago’s confirmed upcoming concerts, according to the band’s official website: