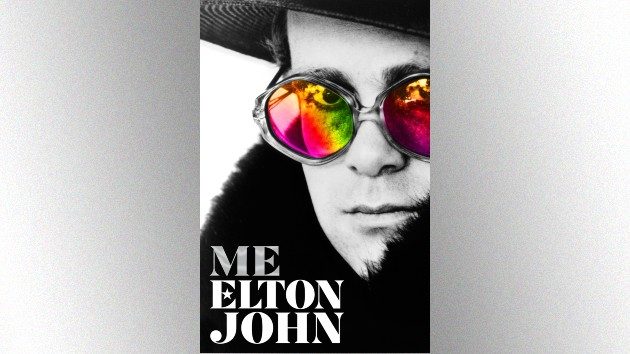 Courtesy of Henry HoltIn his new autobiography, ME, Elton John goes into great detail about his struggles with substance abuse, his eventual recovery and 20 years of sobriety.  Now, in a new interview with Variety, Elton says he felt that one of his biggest hits in the ’90s was his reward for being able to kick the habit.

Elton describes the first major live performance he did after he stopped drinking and doing drugs: his guest appearance at George Michael‘s concert in Chicago in 1991.  He calls it “the first true test of my mettle as a sober performer.”

“I came out to sing ‘Don’t Let the Sun Go Down on Me’ with George. It was a surprise for the audience,” Elton recalls. “I turned up in a Versace outfit and baseball cap. The audience went wild when George announced me. I didn’t even have the protection of a piano to sit behind while we sang together.”

Elton continues, “It turned out to be a milestone moment for that song. We decided to release the track as a single, and it peaked at number two on the Billboard Hot 100…The universe was definitely sending me positive encouragement.”

Elton goes on to say he initially was afraid that being sober might affect his music negatively, but that turned out not to be the case.

“Thankfully, I was able to write songs in the same prolific way I always had,” he notes.

He wasn’t kidding: Elton’s first post-recovery album, 1992’s The One, became his best-selling U.S. album since 1975.  And he followed that up with a little something called The Lion King.