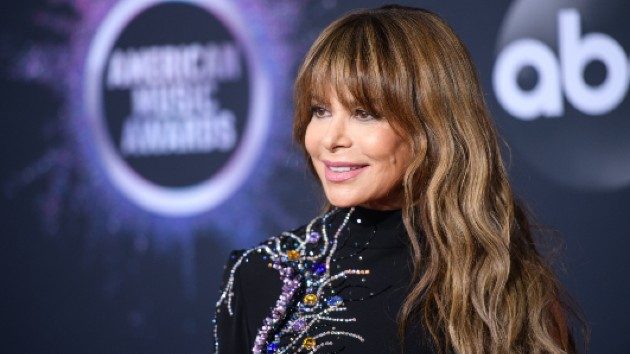 ABC/Image Group LAPaula Abdul won’t just be celebrating Thanksgiving on Thursday — she’ll also be marking the 30th anniversary of the release of her #1 hit, “Opposites Attract.”

The song’s iconic video features Paula dancing with a cartoon cat. Her idea was to make it as a gift for her idol, legendary Hollywood star Gene Kelly, who danced with an animated mouse in the 1945 film Anchors Aweigh. But as Paula tells ABC Audio, her record company didn’t want to release yet another single from her debut album, Forever Your Girl.

“I remember walking into Virgin Records, saying, ‘Can I just at least do a long-form video? ‘Cause I want to give a gift to Gene Kelly,'” she recalls, adding, “I knew exactly what I wanted to do. I wanted to create an animated character, just like how Gene Kelly danced with the mouse.”

But Paula says her record company told her she was “over-saturated” at radio, and to forget about another single.  That didn’t dissuade her, though.

‘I was really tenacious about it,” she remembers. “Anyway, I did the video, turned it into Virgin Records and they loved it and they ended up releasing [it]…and…that single sold eight million more albums for me!”

But wait — what did Gene Kelly think of the clip?

“He phoned me, invited me to his house for tea and for the last two-and-a-half years of his life, he mentored me,” gushes Paula. “It was the coolest thing ever in my life!”

Paula will mark the anniversary Thursday by performing “Opposites Attract” as part of her Forever Your Girl residency show at the Flamingo Las Vegas.

“Thanksgiving is like the best food day of life!” she laughs. “I’m going to plan this catered dinner for my entire crew.”