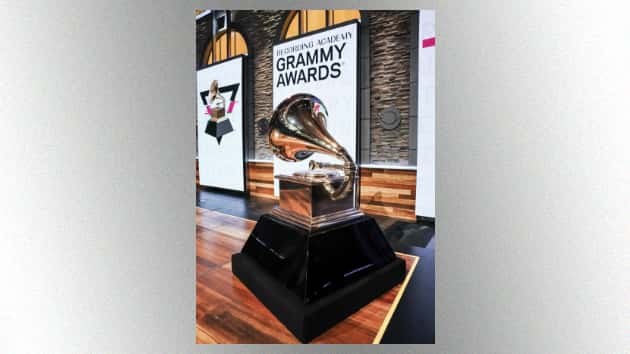 Michele Crowe/CBSJust a reminder that the 62nd annual Grammy Awards will be handed out this Sunday, January 26.

Streisand and Costello have both been nominated for the Best Traditional Pop Vocal Album honor: Barbra for Walls and Elvis, with his longtime backing group The Imposters, for Look Now.

The Crosby documentary Remember My Name is in the running for the Best Music Film prize.

Also garnering two nominations is the massive box set Woodstock: Back to the Garden — The Definitive 50th Anniversary Archive, which will compete for the Best Historical Album and Best Boxed or Special Limited Edition Package trophies.

Other noteworthy nominees include Ain’t Too Proud: The Life and Times of The Temptations for Best Musical Theater Album, and the Rocketman soundtrack for Best Compilation Soundtrack for Visual Media.

Stevie Wonder and Smokey Robinson are among the celebs who will present Grammys during the ceremony. In addition, the event’s performance lineup includes Aerosmith — who will team up with hip-hop legends Run DMC — Bonnie Raitt and Cyndi Lauper.

The ceremony will air live Sunday at 8 p.m. ET/5 p.m. PT from the Staples Center in Los Angeles on CBS. However, most awards will be handed out during the Premiere Ceremony, which takes place that day at the Microsoft Theater in L.A. at 3:30 p.m. ET/12:30 p.m. PT, and will be streamed live at Grammy.com.