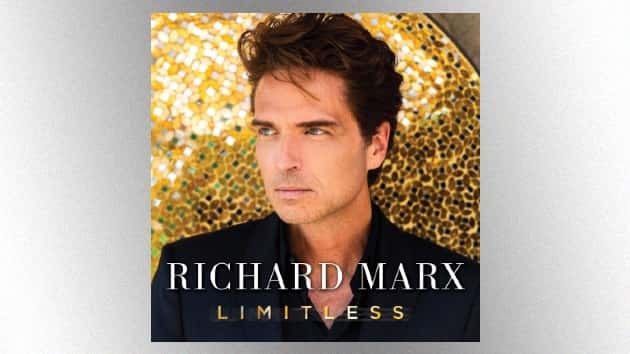 BMGRichard Marx has won a Grammy and sold 30 million albums, but he says he literally got choked up at the news that people are embracing his new brand-new album Limitless.

“My manager sent me a picture of where it was number two on the iTunes pop album chart behind Taylor Swift, and I have to admit I got a little verklempt,” Richard tells ABC Audio. “It was really touching because I truly didn’t expect it to do anything, especially in this climate.”

“And then I started laughing,” he adds. “Because I was looking at Taylor Swift at #1 and then…I was like, ‘and this 56-year-old dude at number two,’ which is just hilarious to me.”

But Taylor and Richard might actually have some of the same fans.  Lately, Richard’s been surprised to see his audience getting younger.

“I’ve seen these young people singing along and I’ll go, ‘They were not born when I wrote that song that they’re singing!'” he laughs. “I get it…it’s all cyclical. But it’s really amazing!”

And Richard says his audience has changed in other ways, too.

“The first seven or eight years it was, like, 80% women — which was awesome — but then it became more couples, and then more guys coming for the rock songs,” he explains. “And I think maybe over time, for guys, it wasn’t as uncool to go to Richard Marx concert.”

But no matter who’s in the audience, there’s only one response Richard wants from them.

“I judge the success of every night’s show by the laughs,” he says. “I don’t tell any heartwarming stories: I tell funny stories…and so that’s the whole focus of my show.”

Richard adds, “When I hear that laugh — when I hear a real genuine laugh from the entire room — it’s as good as a standing ovation.”