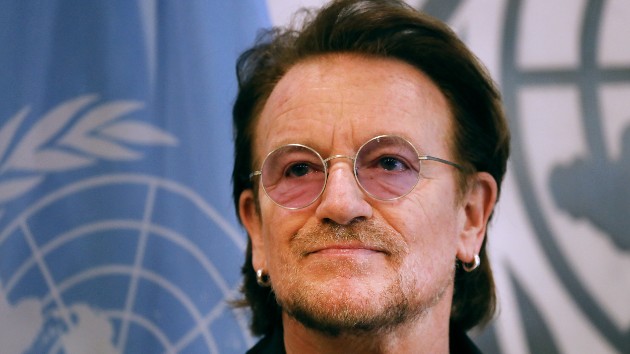 Ahead of his 60th birthday on Sunday, U2’s Bono gave an interview to Ireland’s RTE Radio 1 where he talked about how he’s faring in lockdown and the future of live shows.

“I think it will be very different for a while,” he says of touring. “I heard discussion of sort of drive-in theater type shows. Outside the stadiums, you have these big [parking lots] — so setting up drive-in movie theaters, where you have bands playing live from their rehearsal rooms.”

Bono adds that he’s just grateful U2 had finished touring even before this all happened and that the timing worked out for them to take a much-needed break.

“We haven’t learned to phone in our shows,” he says. “They’re full-tilt for us.”

As for how he plans to celebrate his milestone birthday in quarantine, Bono says he plans to take a long walk. “This is not really the moment for a big celebration,” he says.

“I’m just really grateful that I got here,” he says of turning 60.

Since the pandemic started, U2 has contributed 10 million euro — close to $11 million — to buy PPE for Ireland’s hospital workers, including masks, goggles, visors and gowns.