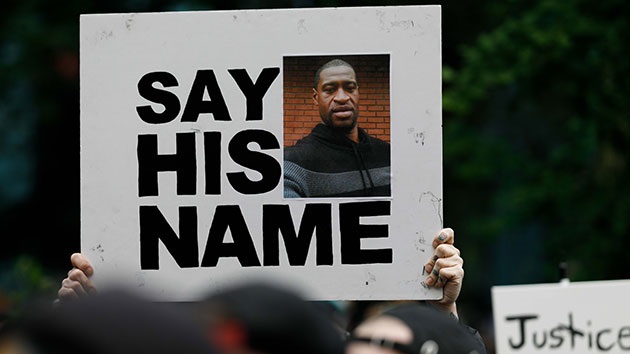 The music industry has swiftly condemned the death of George Floyd, a black man who died after a white police officer was videotaped kneeling on his neck while arresting Floyd on May 25 in Minneapolis.  The officer, Derek Chauvin, has since been charged with murder and manslaughter.

The video has sparked nationwide protests against police brutality. Many music artists have voiced their support of the Black Lives Matter movement and called for change. Here are what some of them had to say:

Barbra Streisand: “The tragic killing of George Floyd underscores the two-tiered system of justice and law enforcement in this country. The video evidence is clear that the Hennepin County DA has to return an indictment soon.”

Cher: “Cop Who Knelt On Mr Floyd’s Neck Till He Died,Is Guilty Of 2 Crimes.1st.Premeditated Murder,2nd”Hate Crime”. Premeditated,Because Cop HAD MORE THAN ENOUGH TIME 2 REALIZE HE WAS CAUSING THE DEATH OF MR FLOYD & HAD TO STOP.THE OTHER 3 COPS DESERVE MAN. 1,THEY WATCHED & DID NOTHING”

David Crosby: “I confess ….I am stupidly trying to pretend light heartedness when I know perfectly well that I am going to lie here for long time tonight sad and adrift …if I were a praying man ….I’d pray for my America”

Journey‘s Neal Schon: “Dear Friends In these troubled times we all need to come together and show some Respect and Kindness for one another.”

Guns N’ Roses‘ Duff McKagan: “Well..this cop on Black racism has to stop…but we’ve known this forever. I’m more and more stunned and sickened when I hear of this stuff continuously happening. I am not a black man..so I can’t even pretend to understand what it’s like….but even MORE, I can’t understand what it’s like to be a racist white dips***. I don’t get it. I will never ‘get’ it. Thankfully, I grew up different. Police training and vetting of new and old officers has to change radically. For starters…Peace to all of us.”

Kiss‘ Paul Stanley: “I’m disgusted and demoralized by the recent videos and incidents of blatant bigotry, racial profiling ad what clearly appears to be the cold blooded murder of a black man.  The sense of fear, targeting and lack of justice for perpetrators that is a ever ending part of daily life for black people is beyond my ability to imagine.  When an armed mob of white people can storm a government building without repercussions or consequences it takes little imagination to foresee the outcome of that same scenario if the crowd had been black.  Too many have lost focus on what is illegal and become completely blind to what is immoral.  We have to be better than that.”

Lenny Kravitz: “Does anybody know how many lives we’ve lost ? Can anybody ever pay the cost ? What will it take for us to join in peace my friends ? Does anybody out there even care?”

Red Hot Chili Peppers‘ Flea: “The world will be in a good place when I can chill and listen to Biz Markie do Albee Square Mall without thinking about how badly my fellow humans are suffering.”

Sammy Hagar: “Why would anyone kill innocent people and take it out on the whole race, the whole society we are living in because of a bad guy? A bad cop, a bad black man, a bad white man, a bad Chinese, Japanese, Hispanic, South American — what’s the difference? Why would you take it out on the whole human race — people with families and children that are innocent? There are bad guys everywhere, every walk of life. You know it. I know it. We all know it. Stop the violence. Stop racism. Prejudice. Please”

Tom Petty and the Heartbreakers‘ Bennmont Tench: “This is precisely what a totalitarian police state looks like, and it « does not have to be this way »”

Twisted Sister‘s Dee Snider: “Thanks for sharing this. My dad was a state trooper for 27 years (then moved to the courts as a peace officer). He never shot or killed anybody. There are a LOT of great cops out there who want to do the right thing…but the minority that are pieces of s*** cause a lot of pain.”

Whitesnake‘s David Coverdale: “Hey, Beloveds…I can’t dig into the light hearted stuff tonight…I’m sure you’ve seen or heard of the riots throughout the US…truly dark, tragic days…I send our love to you & yours, wherever you are & we’ve wish you well in all things…XXX”