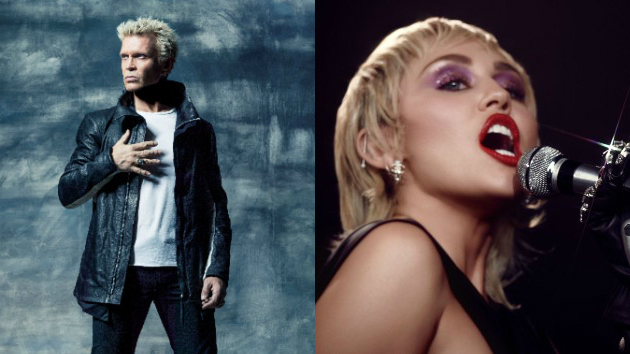 Billy Idol is known for dancing with himself, but the 1980s rock legend apparently also has been singing with one of today’s biggest pop stars: Miley Cyrus.

Cyrus has confirmed during an interview with New Zealand’s The Edge Radio that Idol will be making a guest appearance on a track from her forthcoming album that also features young British pop singer Dua Lipa.

Regarding the odd pairing, Miley says, “It’s kinda like when you go to the highest end restaurant how they’ll put two flavors together that you’d never expect, and that’s what makes it the best? From Dua Lipa to Billy Idol, I mean, you guys think I’m joking but I’m not. I’ve got Dua and Billy Idol on the same record.”

Cyrus says the new track “is meant to be played at a festival — people coming together, community.” She adds, “I just want [the song] to get to live its fullest potential.”