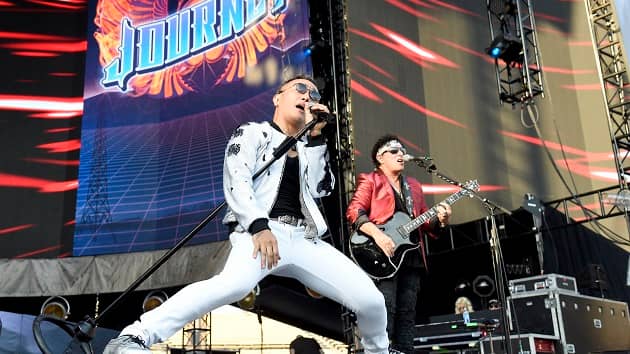 Since early 2020, Journey frontman Arnel Pineda has been back at his home in Manila, the Philippines, because of the COVID-19 pandemic, but that hasn’t stopped him from working, remotely, on a new album by the band.

Pineda tells Rolling Stone that Journey has finished six songs for the project, which will be the group’s first new studio effort since 2011’s Eclipse, and has “maybe seven songs to go.”

Regarding how the material is coming together, Arnel notes, “For now, we’re doing the rocker songs first, not the ballads. I think the seven songs they’re working on, they’re working on something huge, like how you’ve known Journey doing ballads. It’s between [1981’s ] ‘Mother, Father’ and [1978’s] ‘Winds of March.'”

Pineda also reports that the album likely will arrive sometime this year, adding, “[Guitarist] Neal [Schon] thinks so. He can’t wait to release it before we do a full-on tour.”

The album will feature Journey’s recently updated lineup, which sees Narada Michael Walden replacing drummer Steve Smith and Randy Jackson returning to the group after his 1985-1987 stint with the band to take bassist Ross Valory‘s place.

Pineda says Journey’s current sounds is somewhat like it was when Jackson “joined the band for the Raised on Radio album…but it’s also more updated.”

Pineda says he still hopes that one day Perry will “join the band for two or three songs,” adding, “It would be one of the highlights of my life if that happens.”

He also says he’d gladly step aside if Steve ever wanted to return to the group full-time.