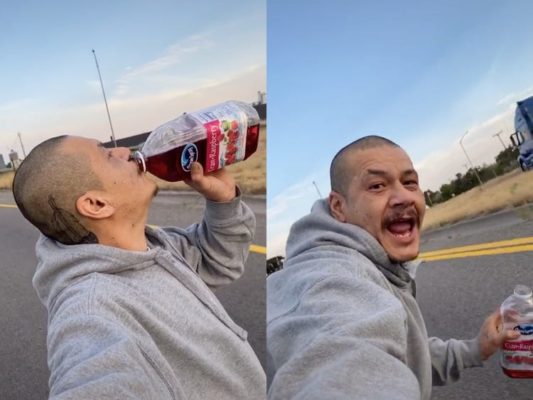 Nathan Apodaca, probably more known by his TikTok username, (@) 420doggface208, who became famous after a video of him skating to Fleetwood Mac’s “Dreams” while drinking Ocean Spray Cranberry juice went viral. His new career has helped him launch a merchandise line and the occasional promotional deal. These new ventures have afforded him and his family a vacation to San Francisco last week, but TMZ reports both of their rental cars were broken into during their stay. The TMZ report does seem to contain some exaggeration and perhaps even inaccuracies.  Most notably, the break-ins that occurred at Twin Peaks happened, in TMZ’s words,  after Apodaca and family “pulled up to the Twin Peaks Overlook, and ended up parking and locking their rented Suburban and Pathfinder in a garage down below”. There is of course no public parking garage at Twin Peaks, though there is a small outdoor lot near the Christmas Tree viewing area. But it may have been a private garage, or it may have been a garage elsewhere in town. An investigation with the San Francisco Police Department is ongoing.