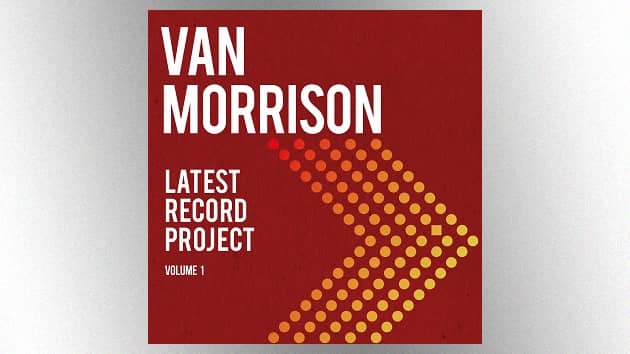 Fresh off issuing a series of controversial singles last year protesting the COVID-19 lockdown in the U.K., Van Morrison has announced plans to release his 42nd studio album, a 28-track collection titled Latest Record Project: Volume 1, on May 7.

Described in a press statement as Morrison’s “most dynamic and contemporary album in years,” the record finds Van the man continuing to delve into his love of classic soul, blues, R&B and jazz.

“I’m getting away from the perceived same songs, same albums all the time,” explains Morrison. “This guy’s done 500 songs, maybe more, so hello? Why do you keep promoting the same 10? I’m trying to get out of the box.”

Van has made the album’s title track available as an advance single digitally and via streaming services, and you can check out a lyric video for the tune at his official YouTube channel.

The song is highlighted by a soulful, organ-driven groove and catchy doo-woop-inspired backing vocals.

The album features a variety songs that offer commentary of modern life, some of which focus on Morrison’s continued dissatisfaction about how the U.K. government has handled the health crisis, including “Dead Beat Saturday Night” and “Where Have All the Rebels Gone.”

Disc 1
“Latest Record Project”
“Where Have All the Rebels Gone?”
“Psychoanalysts’ Ball”
“No Good Deed Goes Unpunished”
“Tried to Do the Right Thing”
“The Long Con”
“Thank God for the Blues”
“Big Lie”
“A Few Bars Early”
“It Hurts Me Too”
“Only a Song”
“Diabolic Pressure”
“Deadbeat Saturday Night”
“Blue Funk”

Disc 2
“Double Agent”
“Double Bind”
“Love Should Come with a Warning”
“Breaking the Spell”
“Up County Down”
“Duper’s Delight”
“My Time After a While”
“He’s Not the Kingpin”
“Mistaken Identity”
“Stop Bitching, Do Something”
“Western Man”
“They Own the Media”
“Why Are You on Facebook?”
“Jealousy”