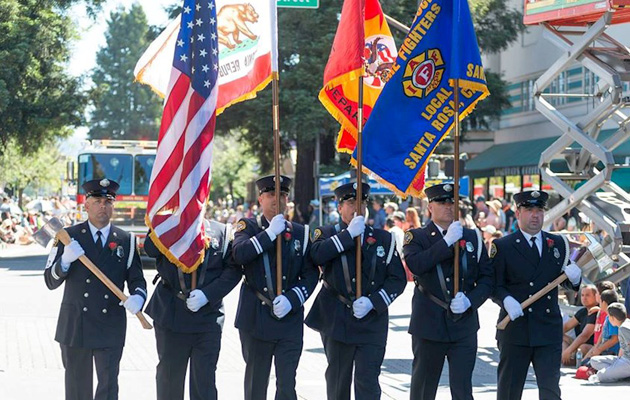 Celebrating 125 Years at the 125th Annual

Santa Rosa, California (November 26, 2018)―May 18, 2019 marks a milestone in the history of the Luther Burbank Rose Parade & Festival – this time-honored Sonoma County tradition celebrates its 125th anniversary! The Parade and Festival, known as the Rose Carnival in the 1890s, is the oldest and largest continuously occurring event in Northern California. Kicking off this momentous occasion as the grand marshal will be well-known historian, beloved journalist and author, Gaye LeBaron.

Gaye LeBaron is best-known to Sonoma County residents as a columnist for The Press Democrat for many years, journaling the goings-on of day-to-day life. In 2015, LeBaron was named Sonoma County Woman of the Year. Through her dedication to chronicling the story of Santa Rosa and Sonoma County, our community has been able to grow and learn from the successes and setbacks we’ve endured throughout our shared history. Her spirit and curiosity about this place we call home is inspiring and we are honored to have her as our Grand Marshall for this important milestone in the history of the Luther Burbank Rose Parade and Festival.

The theme, Celebrating 125 Years, is simple and straight to the point as we look back over the long history of the parade, the people that have marched or participated in the parade as a child or with a non-profit organization, and the impact it has had on our community over the years as we celebrate Sonoma County and the best it has to offer – from award-winning floats, marching groups, and non-profit organizations to school bands, service organizations and wacky marching groups. May 18th will fill the streets of Downtown Santa Rosa with themed entries saluting the last 125 years and looking forward to the future.

The two-hour parade will kick off at 10 am and wind its way through Downtown Santa Rosa starting at E Street and Sonoma Avenue and winding its way around Courthouse Square, heading south down D Street, and ending at First and D Streets.

The traditional Festival for the entire family will begin at 9 am in Courthouse Square and will be filled with historical displays, kids’ activities, live entertainment, food vendors, non-profit booths and parade awards as we celebrate the best of our community.

The parade and festival would not be possible without the support of the community, annually the parade relies on the financial contributions of more than 100 local businesses. Sponsorships are now available. Make plans to join your friends and neighbors as we celebrate the best the community has to offer. Parade and vendor applications are available www.roseparadefestival.com on January 1, 2019.

Are you still listening?